Those that subscribe to the Rare Species Fund Newsletter likely remember the story of Ranger Hendri Saputra, who was swept away by the Krueng Inong River while on Patrol in the Luecer Ecosystem, Soraya Station in Sumatra, Indonesia last November. His body was found 20 miles down river days later. Hendri is a hero in the cause of conservation, and is survived by his wife and young daughter. The Rare Species Fund will be doing a fundraiser to help his wife and daughter.

Hendri died to save the earth. Goodbye Friend. We will continue your struggle for the environment and forests, and for a better national life.— Dr. Rudi Putra, Director FKL

The job of Wildlife Protection Ranger is an unforgiving and dangerous job. Rangers don’t work easy days and go home to their families at night. Nor do they receive many of the benefits that Rangers in the USA do. The life insurance that they do have, is quite modest by western standards. Rangers walk into the bush for a month at a time on patrol. They face armed poachers, eat, sleep, and patrol under difficult conditions, all while risking their lives to protect tigers, orangutans, rhinos and other critically endangered species. When something goes wrong, help is not close by. And their families can suffer.

Hendri was the best of the best. He will be remembered as a hero of conservation.— Doc Antle, Director RSF

The Rare Species Fund contributions to Forum Konservasi Leuser have completely rebuilt the Soraya Station— a research and ranger outpost deep in the Leuser ecosystem. We outfitted a team of Wildlife Protection Rangers, and helped to buy back land from small palm oil farmers— restoring the area to its natural state by cutting down non-native palm oil trees, and replanting native plants. In this way we have been able reclaim critical habitat, and protect it for the many critically endangered species that call the Leuser home. Hendri Saputra was a leader and a hero in this effort. Poaching is down by 90% since RSF funded FKL Rangers were deployed.

We would like to thank all of the Nagan Raya SAR, military, police and individuals from nearby communities who mounted the search and rescue operation. Hendri was loved by many. 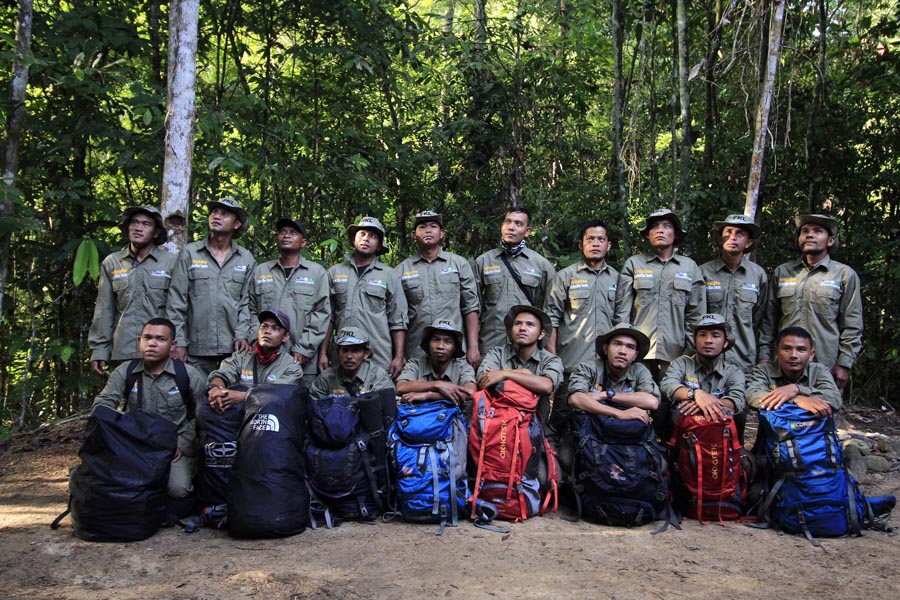 Please join the Rare Species Fund mailing list to get details of a fundraiser we will be doing to provide support to Hendri Saptura’s widow and daughter.

1 thought on “Hero of Soraya: Tragedy on the River”

This site uses Akismet to reduce spam. Learn how your comment data is processed.